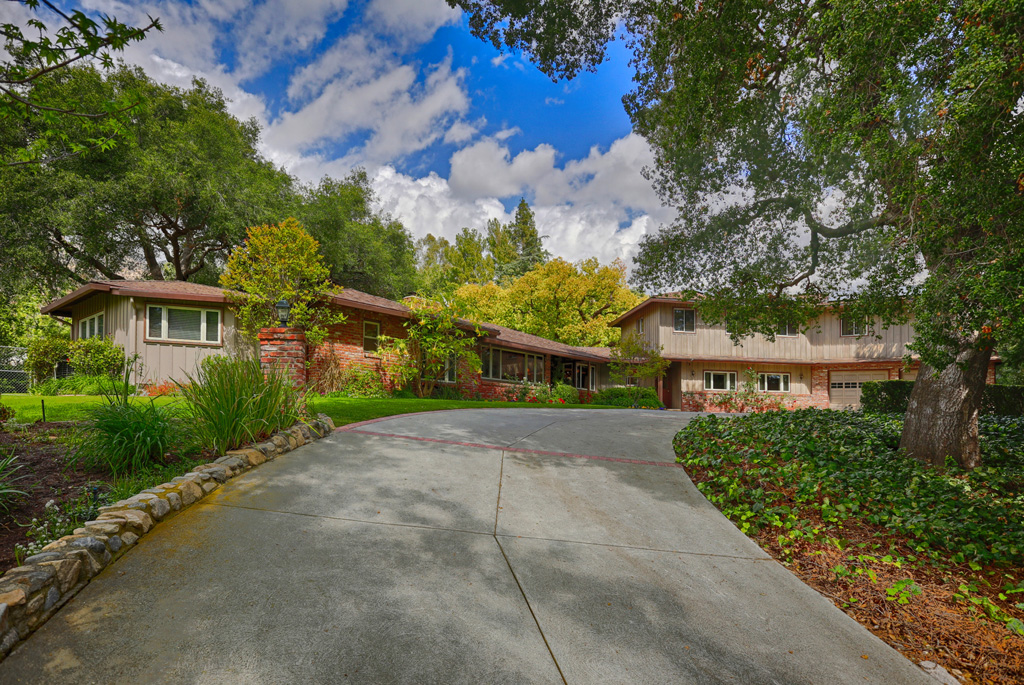 Rosebank Drive has a secret of the same name on which this hidden estate resides. Framed by mature trees atop this private cul-de-sac, this large home graces its grand parcel of over 30,000 square feet. It is an unexpected find for a very fortunate Buyer.

The broad early fifties design was later augmented by the addition of an East wing to produce the six bedroom and five bath floor plan you see today. The large kitchen is at its center along with the tasteful formal living and dining rooms which have rich wood floors and a fireplace. The master retreat has a massive master bedroom with a soaring ceiling, its own sitting room or office, fireplace, and full master bath. This East wing also enjoys Jack and Jill bedrooms, a second full bath, and an “informal” family room. The West wing has three more bedrooms, two baths, and the more formal family room with wood floors, a warm fireplace, and glass sliders to the outdoor entertaining areas under a canopy of mature trees.

The grounds of this large parcel are lush with pampered gardens, grass play yards, large outdoor entertaining spaces, a darling play house, an oversized pool with a solar heating system, and a fenced sport court. Just a few of the additional features include: central air and heating, a large motor court, a large attached garage, and the sought after schools of La Cañada-Flintridge.